“Martial art” is a broad encompassing phrase that embodies many styles of physical discipline.  From real life combat fighting to elaborate performance, there are many applications that demonstrate the way of this art.  The uniqueness of ATA is that the founder, Eternal Grand Master H.U. Lee, created his own style, known as Songahm Taekwondo.  Today, Songahm Taekwondo is the world’s largest centrally administered martial art.

This system of teaching and training is unique in the martial arts community.  During the early years, ATA used the Channg-hun style of forms.  Although this style is widely acceptable, Eternal Grand Master felt it did not truly represent the spirit of Taekwondo—particularly the strength and beauty of the kicking techniques.

Today, with Songahm forms, students are part of a fully integrated curriculum.  Every move that a student learns reinforces everything else.  It creates a foundation.  The forms contain all, or nearly all, of the techniques a student is expected to know at each rank.  Additionally, one-step sparring segments complement the forms and create patterns that lead logically into the next succeeding rank.

One of Eternal Grand Master’s goals was to facilitate a smooth transition from white belt up to Grand Mastership.  A student who finds it difficult to perform a simple round kick will eventually be able to do a 360-degree jump round kick with ease.

The Songahm curriculum is about much more than physical talent.  It’s about personal development of the mind and body.  To say it is merely “self-defense” would take away from the valuable ideas and philosophies that are deeply rooted in this art.  The heightened capacity for “self-defense” resulting from this training is really a fringe benefit that is gained from dedicating one’s self to the values, philosophy and training of Songahm Taekwondo.

When learning, a student is in a true, traditional Taekwondo class, focusing not just on the physical but also on discipline, honor, self-control, respect, courtesy and perseverance. A beginner does not focus on being a skilled martial artist within a month or two, as a strong foundation in Taekwondo must be built first.

Trying to advance beyond your level without proper guidance is like building a house on concrete that has not dried. Though the house may still stand, the foundation would not be as strong and the appearance of the house may not be as presentable. The ATA curriculum helps build a strong foundation of Songahm Taekwondo in each person, a foundation from which advancement in both the martial art (mind and body) and in self defense can be built and added on to in perpetuity. 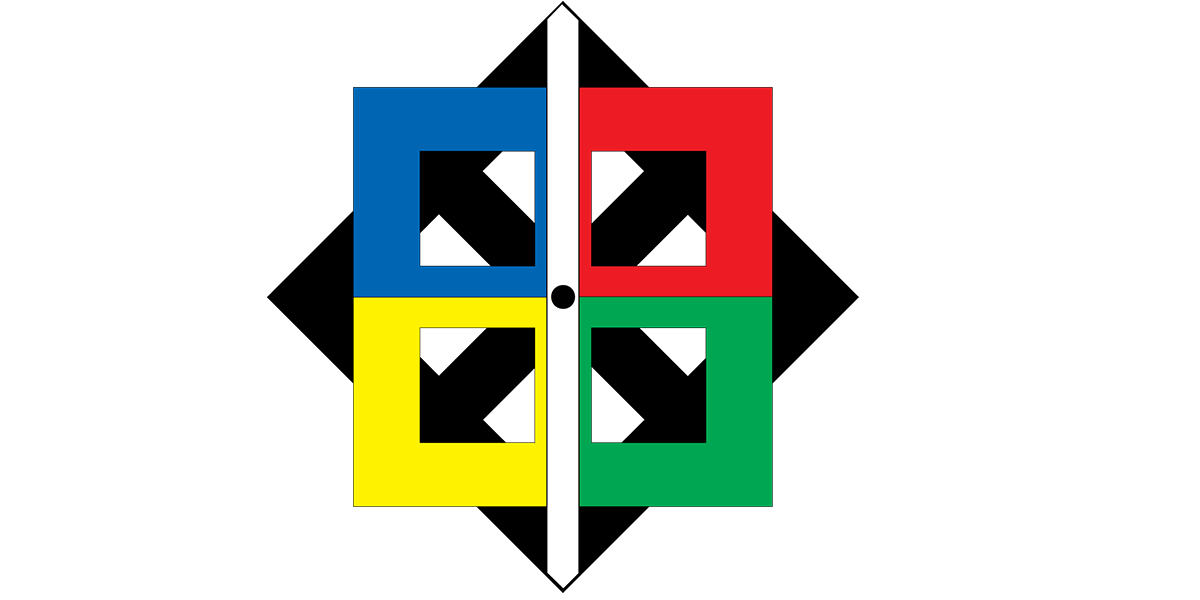 Songahm Star First, in a perfect Songahm Star, the distance from the center point of the star to the East point, is nine feet. The total distance from the East point to the West point equals eighteen feet, representing the number of forms in the Songahm system. All forms performed on the star intentionally begin facing the east in respect to Taekwondo's motherland. In philosophy pertaining to life, the late father of Songahm Taekwondo, Grand Master H.U. Lee, described the Songahm Star created by the form, as being an example of a day in the life of a person. "Life has a center point. Everything on earth has a center point. This is where we obtain our balance. The center point of the human being is the heart, physically, emotionally and spiritually. The completed forms form a star with a center point and eight outer points, which create a circle if connected. This is the circle of life. Each day we live, completes a circle: we rise in the morning from our place of rest; then, we go through the day accomplishing our goals and overcoming obstacles that life puts in our way; and, when evening comes, we return to our place of rest. We constantly try to improve this circle. We go to work or we go to school. Why? Because this is the way we complete the best circle. We try to have the best life. Study gives us knowledge that we can apply to make a living. The job is the resource we use to make that living. Diligent study and a good job results in a good pattern or 'poome-sae' in our life. Not only is the circle seen in day to day activity, but also in our entire life itself. We come from the dust of the earth and our bodies return to the dust of the earth. During the span between birth and death, we move throughout life setting and accomplishing goals. This is the reason all forms begin and end at the same spot," said Grand Master. He continued, "As we complete each form, we must imagine ourselves drawing a circle freehand. No one can draw it perfectly the first time, We just try to close the circle and then we adjust and refine it to make it perfect. It is the same way we must face life. We're not going to make it perfect. However, we can strive to correct the flaws as we move along. We must complete the circle, the 'Winner's Circle'.“ If a student is not aware of the place to begin or end the form, nor has a plan of action to get through the process, how can the student achieve the desired result? The same is true for success in life. Here are Grand Master Lee's words concerning this philosophy: "If a person does not know where to begin or end in life (setting goals), then that person will become confused when given a choice between two paths."

The Korean word "poom-sae" means a "form" or "pattern of movements." It is actually a planned series of movements that combines the physical skills (such as blocks, strikes, kicks, stances and more) with the mental skills (such as balance, coordination, discipline, strategy, focus and more). The target of these movements is an imaginary opponent of the practitioner's own size.

The copyrighted Songahm forms have been arranged as a system to gradually increase the student's skill, develop technical balance equally on the left and right side of the body, train muscles, and to develop students from the beginner level through the rank of Grand Master. This is why each Songahm form does not repeat most techniques more than twice and also why every technique which is done with a right arm/leg is also repeated with the left arm/leg.

These forms, designed by Eternal Grand Master H.U. Lee, were the first that truly emphasized the tradition of the art of Taekwondo, unlike older forms (hyung) which were based on Japanese and Okinawan Karate forms. Not only do the Songahm forms train you in each rank, but they are also excellent for using as a warm-up prior to a work out.

Not only do the Songahm forms train you in each rank, but they are also excellent for using as a warm-up prior to a workout.

The "system" that encompasses the 18 Songahm forms is based on traditional philosophy, as well as being designed for easy memorization.

All goals require a poom-sae or pattern. Even in life we have structured patterns. When you're born, you learn communication and basic skills in the home. A few years later, you are enrolled into kindergarten or elementary school. Following this comes high school. During high school, we begin to decide the direction we will take in life. We choose a college and/or a career goal. This is the pattern of the first part of our life. If you choose a good pattern, you can be a success. If your pattern is poor, you may not be as successful in your life endeavors.

Similarly, your chances of success in Songahm Taekwondo are much greater by following the solid series of patterns (forms) we have developed for our students.